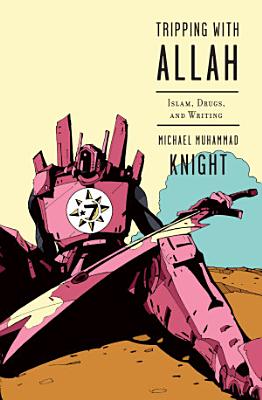 If Tripping with Allah is a road book, it’s a road book in the tradition of 2001: A Space Odyssey, rather than On the Road. Amazonian shamanism meets Christianity meets West African religion meets Islam in this work of reflection and inward adventure. Knight, the “Hunter S. Thompson of Islamic literature” seeks reconciliation between his Muslim identity and his drinking of ayahuasca, a psychedelic tea that has been used in the Amazon for centuries. His experience becomes an opportunity to investigate complex issues of drugs, religion, and modernity. Though essential for readers interested in Islam or the growing popularity of ayahuasca, this book is truly about neither Islam nor ayahuasca. Tripping with Allah provides an accessible look into the construction of religion, the often artificial borders dividing these constructions, and the ways in which religion might change in an increasingly globalized world. Finally, Tripping with Allah not only explores Islam and drugs, but also Knight’s own process of creativity and discovery.

Authors: Michael Muhammad Knight
Categories: Self-Help
If Tripping with Allah is a road book, it’s a road book in the tradition of 2001: A Space Odyssey, rather than On the Road. Amazonian shamanism meets Christia

Authors: Michael Muhammad Knight
Categories: Body, Mind & Spirit
The progenitor of "Muslim punk rock" and one of today's freshest spiritual voices pushes back against the common assumption that the historic faiths have no occ

Authors: Michael Muhammad Knight
Categories: Religion
"More than a survey of the prophet’s life and times, this book is an introduction to the stunning diversity of Islam and the ways in which Muslims think, drea

Authors: Michael Muhammad Knight
Categories: Fiction
Amazing Ayyub, an Iranian Shi'ite skinhead, and Rabeya, a burqa-wearing punk, have kidnapped Matt Damon and are holding him hostage. They demand that Hollywood

Journey to the End of Islam

Why I Am a Salafi

Authors: Michael Muhammad Knight
Categories: Biography & Autobiography
The recognized godfather of American Muslim punk sorts through his lifetime of religious zealotry, disillusionment, and clashing identity to search for the infl