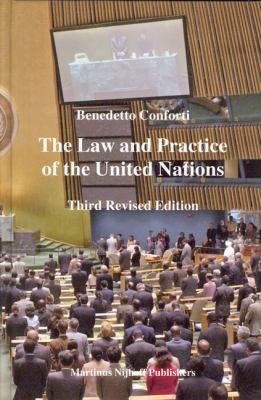 GET BOOK
The Law and Practice of the United Nations Book Description:

This fully up-dated, third revised edition of Conforti's thought-provoking and challenging textbook, The Law and Practice of the United Nations, provides a comprehensive legal analysis of problems concerning membership, the structure of UN organs, their functions and their acts, taking into consideration the text of the Charter, its historical origins, and, particularly, the practice of the organs. Its main focus is on the practice of the Security Council. In particular the action of the Security Council under Chapter VII has been taken into account. The legal literature on Chapter VII - a literature which has grown enormously in recent times - has also been considered. The fact that the legal aspects of the action or the inaction of the Security Council have been discussed to an unusually large extent by ordinary people at the time of the war against Iraq and even later is worth noting. The importance of the role of the United Nations, and the content of the rules governing it, has become a leitmotiv of all debates on international politics. Consequently, the opinion often held in the past, according to which it was useless to deal with the legal aspects of the United Nations activity, can be considered as obsolete.