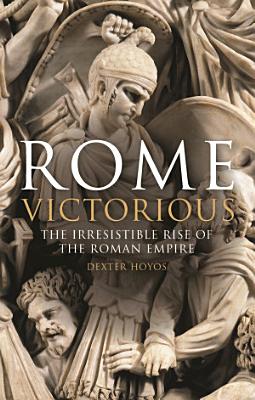 Rome – Urbs Roma: city of patricians and plebeians, emperors and gladiators, slaves and concubines – was the epicentre of a far-flung imperium whose cultural legacy is incalculable. How a tiny settlement, founded by desperate adventurers beside the banks of the River Tiber, came to rule vast tracts of territory across the face of the known world is one of the more improbable stories of antiquity. The epic scale of the Colosseum; majestically columned temples; formidable legionaries marching in burnished steel breastplates; and capricious Caesars clad in purple robes who thought themselves gods: all these images speak of a grandeur that continues to be associated with this most celebrated of ancient capitals. The glory of Rome is further underlined by enduring monuments like Hadrian's Wall, holding the line as it did against ferocious Pictish barbarians thought to be from Hyperborea: the mythic Land Beyond the North Wind. This book vividly recounts the rags-to-riches story of Rome's unlikely triumph. Perhaps the most famous example in history of modest beginnings rising to greatness, Rome's empire was never static or uniform. Over the centuries, under the 'boundless grandeur of the Roman peace' (as the Elder Pliny put it), imperial law, civilisation and language vigorously interacted with and influenced local cultures across western and central Europe and North Africa. Provincial subjects were made Roman citizens, generals and senators. In AD 98 Trajan became the first of many Romans from outside Italy to assume supreme power as Emperor. Poets, philosophers, historians and legalists – and many others besides – all participated in the brilliant intellectual constellation secured by the pax Romana. However, as Dexter Hoyos reveals, the empire was not won cheaply or fast, and did not always succeed. The Carthaginian general Hannibal came close to destroying it. Arminius freed Germania by brutally annihilating three irreplaceable legions in the Teutoburg Forest – a disaster that broke Augustus' heart. And the Romans themselves, in expanding their empire, were often ruthless. Caesar boasted of killing a million enemy fighters in his Gallic Wars, while the accusation of a Caledonian lord became proverbial: they make a desert and call it peace. Yet at the same time the Romans strove to impose moral and legal principles for directing their subjects as much as themselves, and laid down standards of government that are still valid today. Rome Victorious is a masterful new treatment of the rise of Rome – from the viewpoints both of the city itself and the people it came to rule and make its own.

Authors: Dexter Hoyos
Categories: History
Rome – Urbs Roma: city of patricians and plebeians, emperors and gladiators, slaves and concubines – was the epicentre of a far-flung imperium whose cultura

The Works of William Shakespeare

The History of Rome

THE WORKS OF SHAKESPEARE.

The Dramatic Works of William Shakespeare

The Complete Works of William Shakespeare

The Roman History, from the Foundation of Rome to the Battle of Actium