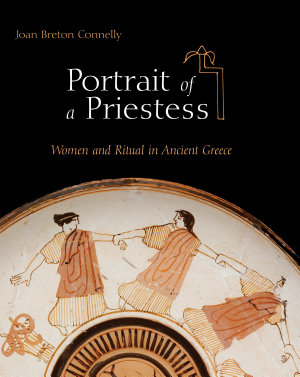 GET BOOK
Portrait of a Priestess Book Description:

In this sumptuously illustrated book, Joan Breton Connelly gives us the first comprehensive cultural history of priestesses in the ancient Greek world. Connelly presents the fullest and most vivid picture yet of how priestesses lived and worked, from the most famous and sacred of them--the Delphic Oracle and the priestess of Athena Polias--to basket bearers and handmaidens. Along the way, she challenges long-held beliefs to show that priestesses played far more significant public roles in ancient Greece than previously acknowledged. Connelly builds this history through a pioneering examination of archaeological evidence in the broader context of literary sources, inscriptions, sculpture, and vase painting. Ranging from southern Italy to Asia Minor, and from the late Bronze Age to the fifth century A.D., she brings the priestesses to life--their social origins, how they progressed through many sacred roles on the path to priesthood, and even how they dressed. She sheds light on the rituals they performed, the political power they wielded, their systems of patronage and compensation, and how they were honored, including in death. Connelly shows that understanding the complexity of priestesses' lives requires us to look past the simple lines we draw today between public and private, sacred and secular. The remarkable picture that emerges reveals that women in religious office were not as secluded and marginalized as we have thought--that religious office was one arena in ancient Greece where women enjoyed privileges and authority comparable to that of men. Connelly concludes by examining women's roles in early Christianity, taking on the larger issue of the exclusion of women from the Christian priesthood. This paperback edition includes additional maps and a glossary for student use.

Portrait of a Priestess

The Female Portrait Statue in the Greek World

Authors: Sheila Dillon
Categories: Art
The first detailed analysis of the female portrait statue in the Greek world from the fourth century BCE to the third century CE.

Portraits of the Vestal Virgins, Priestesses of Ancient Rome

Authors: Mireille M. Lee
Categories: Art
This is the first general monograph on ancient Greek dress in English to be published in more than a century. By applying modern dress theory to the ancient evi

A Cultural History of Dress and Fashion in Antiquity

Authors: Mary Harlow
Categories: Art
Whilst seemingly simple garments such as the tunic remained staples of the classical wardrobe, sources from the period reveal a rich variety of changing styles

Authors: Joan Breton Connelly
Categories: History
Built in the fifth century b.c., the Parthenon has been venerated for more than two millennia as the West’s ultimate paragon of beauty and proportion. Since t

The Oxford Handbook of Greek and Roman Art and Architecture

Authors: Clemente Marconi
Categories: Architecture
This handbook explores key aspects of art and architecture in ancient Greece and Rome. Drawing on the perspectives of scholars of various generations, nationali