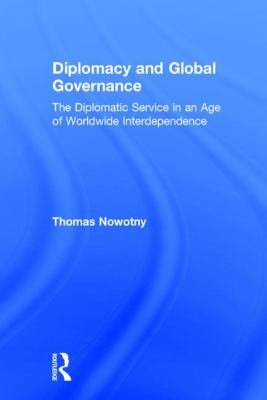 Traditional diplomacy is based on the notion of competing nation-states, each attempting to maximize its autonomy and independence. This notion is at odds with today's world in which even mighty states are enmeshed in a web of interdependence. Much of the world's economy, information, industry, and culture have become global. Given these massive changes, argues Thomas Nowotny, much of traditional diplomacy has become redundant and sometimes counterproductive. Notwithstanding worldwide interdependence, states still anchor this complex global system. In a timelier version of their craft, diplomats retain an important function in safeguarding and shaping that worldwide interdependence. They are trained to transform differences into consensus and to navigate zones of conflict. But to do so effectively, and to meet today's challenges, they will have to adjust their ways and institutions. Nowotny bases his arguments on his unique experiences in internal organizational politics and in bilateral and multilateral international diplomacy, as well as on his theoretical reflections as an academic. His work aims to merge lessons from these distinct spheres into one comprehensive whole, intertwining practice and theory. To affect outcomes one, thus, has to deal with practice and theory at the same time. This is what Novotny aims to achieve, and he succeeds admirably.