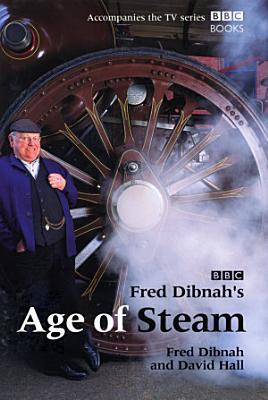 Britains favourite steeplejack and industrial enthusiastic, the late Fred Dibnah, takes us back to the 18th century when the invention of the steam engine gave an enormous impetus to the development of machinery of all types. He reveals how the steam engine provided the first practical means of generating power from heat to augment the old sources of power (from muscle, wind and water) and provided the main source of power for the Industrial Revolution. In Fred Dibnahs Age of Steam Fred shares his passion for steam and meets some of the characters who devote their lives to finding, preserving and restoring steam locomotives, traction engines and stationary engines, mill workings and pumps. Combined with this will be the stories of central figures of the time, including James Watts - inventor of the steam engine - and Richard Trevithick who played a key role in the expansion of industrial Britain in the 18th and 19th centuries.

Authors: David Hall
Categories: Technology & Engineering
Britains favourite steeplejack and industrial enthusiastic, the late Fred Dibnah, takes us back to the 18th century when the invention of the steam engine gave

Authors: David Hall
Categories: Biography & Autobiography
Fred Dibnah was a man born out of his time. His era should have been the 'magnificent age of British engineering' - the nineteenth century - and his heroes were

Authors: Rob Young
Categories: Performing Arts
A LOUDER THAN WAR BOOK OF THE YEAR A riveting journey into the psyche of Britain through its golden age of television and film; a cross-genre feast of moving pi

Authors: David Hall
Categories: History
In the late 1930s the Lancashire town of Bolton witnessed a ground-breaking social experiment. Over three years, a team of ninety observers recorded, in painsta

Authors: David Hall
Categories: Biography & Autobiography
On 6 February 1958, British European Airways flight 609 crashed in a blizzard on its third attempt to take off from an icy runaway in Munich. On board were the

Fred Dibnah - Made in Britain

Authors: David Hall
Categories: Biography & Autobiography
In 2004, after felling his last chimney and retiring from steeplejacking, Fred took to the road on his beloved traction engine for the BBC series Made in Britai

Authors: David Hall
Categories: History
In the early 1950s Britain was still the most urbanized and industrialized nation in the world, a global power in shipbuilding and the leading European producer