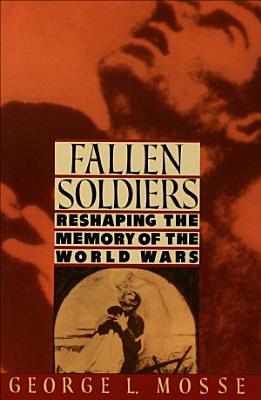 At the outbreak of the First World War, an entire generation of young men charged into battle for what they believed was a glorious cause. Over the next four years, that cause claimed the lives of some 13 million soldiers--more than twice the number killed in all the major wars from 1790 to 1914. But despite this devastating toll, the memory of the war was not, predominantly, of the grim reality of its trench warfare and battlefield carnage. What was most remembered by the war's participants was its sacredness and the martyrdom of those who had died for the greater glory of the fatherland. War, and the sanctification of it, is the subject of this pioneering work by well-known European historian George L. Mosse. Fallen Soldiers offers a profound analysis of what he calls the Myth of the War Experience--a vision of war that masks its horror, consecrates its memory, and ultimately justifies its purpose. Beginning with the Napoleonic wars, Mosse traces the origins of this myth and its symbols, and examines the role of war volunteers in creating and perpetuating it. But it was not until World War I, when Europeans confronted mass death on an unprecedented scale, that the myth gained its widest currency. Indeed, as Mosse makes clear, the need to find a higher meaning in the war became a national obsession. Focusing on Germany, with examples from England, France, and Italy, Mosse demonstrates how these nations--through memorials, monuments, and military cemeteries honoring the dead as martyrs--glorified the war and fostered a popular acceptance of it. He shows how the war was further promoted through a process of trivialization in which war toys and souvenirs, as well as postcards like those picturing the Easter Bunny on the Western Front, softened the war's image in the public mind. The Great War ended in 1918, but the Myth of the War Experience continued, achieving its most ruthless political effect in Germany in the interwar years. There the glorified notion of war played into the militant politics of the Nazi party, fueling the belligerent nationalism that led to World War II. But that cataclysm would ultimately shatter the myth, and in exploring the postwar years, Mosse reveals the extent to which the view of death in war, and war in general, was finally changed. In so doing, he completes what is likely to become one of the classic studies of modern war and the complex, often disturbing nature of human perception and memory.

Authors: George L. Mosse
Categories: History
At the outbreak of the First World War, an entire generation of young men charged into battle for what they believed was a glorious cause. Over the next four ye

The Last of the Brave; Or Resting Places of Our Fallen Heroes in the Crimea and at Scutari

Nation and Nationalism in Japan

Authors: Sandra Wilson
Categories: History
Nationalism was one of the most important forces in 20th century Japan. It pervaded almost all aspects of Japanese life, but was a complex phenomenon, frequentl

Authors: Barry Nugent
Categories:
A computer disk no one can read but everyone wants. An orphan whose visions of death and destruction hold the key to his past and future. A pair of master thiev

Authors: Tom Segev
Categories: History
From Israel's leading historian, a sweeping history of 1967—the war, what led up to it, what came after, and how it changed everything Tom Segev's acclaimed w

The Tombstone in Israel’s Military Cemetery since 1948

Authors: Yossi Katz
Categories: History
Military cemeteries are one of the most prominent cultural landscapes of Israel. Their story reflects largely the main social processes that Israeli society has

The Politics of War Commemoration in the UK and Russia

Authors: Ofra Mayseless
Categories: Psychology
From its trendy urban centers to its ancient deserts, Israel's history is based on the rich heritage of traditions and contradictions. It is known as a start-up

Handbook of Death and Dying