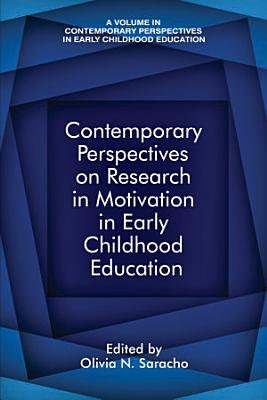 Researchers from different disciplines (e.g., physiological, psychological, philosophical) have investigated motivation using multiple approaches. For example, in physiology (the scientific study of the normal function in living systems such as biology), researchers may use “electrical and chemical stimulation of the brain, the recording of electrical brain-wave activity with the electroencephalograph, and lesion techniques, where a portion of the brain (usually of a laboratory animal) is destroyed and subsequent changes in motivation are noted” (Petri & Cofer, 2017). Physiological studies mainly conducted with animals, other than humans, have revealed the significance of particular brain structures in the control of fundamental motives such as hunger, thirst, sex, aggression, and fear. In psychology, researchers may study the individuals’ behaviors to understand their actions. In sociology, researchers may examine how individuals’ interactions influence their behavior. For instance, in the classroom students and teachers behave in expected ways, which may differ when they are outside the classroom. Saracho (2003) examined the students’ academic achievement when they matched or mismatched their teachers’ way of thinking. She identified both the teachers and students individual differences and defined consistencies in their cognitive processes. In philosophy, researchers can study the individuals’ theoretical position such as supporting Maslow’s (1943) concept that motivation can create behaviors that augments motivation in the future. Abraham H. Maslow’s theory of self-actualization supports this theoretical position (Petri & Cofer, 2017). These areas and others are represented in this volume. This volume is devoted to understanding mutual and contemporary themes in the individuals’ motivation and its relationship to cognition. The current literature covers several methods to the multifaceted relationships between motivational and cognitive processes. Comprehensive reviews of the literature focus on prominent cognitive perspectives on motivation with young children, which includes ages from birth to eight years of age. The chapters in this special volume review and critically analyze the literature on several aspects of the relationships between motivational and cognitive processes and demonstrates the breadth and theoretical effectiveness of this domain. This brief introduction acknowledges the valuable contributions of these chapters to the study of human motivation. This volume can be a valuable tool to researchers who are conducting studies in the motivation field. It focuses on important contemporary issues on motivation in early childhood education (ages 0 to 8) to provide the information necessary to make judgments about these issues. It also motivates and guides researchers to explore gaps in the motivation literature.

Contemporary Perspectives on Research in Motivation in Early Childhood Education

Motivation in Education at a Time of Global Change

Authors: Eleftheria N. Gonida
Categories: Education
This volume focuses on motivation in education under changing and unsettling times and provides ideas on how global changes affect student and teacher motivatio

Authors: Susan Wallace
Categories: Education
The overriding issue for many Further Education teachers and trainees is learner disengagement, leading to behavioural issues and a lack of motivation in the cl

Race and Ethnicity in the Study of Motivation in Education

Authors: Jessica T. DeCuir-Gunby
Categories: Education
Race and Ethnicity in the Study of Motivation in Education collects work from prominent education researchers who study the interaction of race, ethnicity, and

Meanings and Motivation in Education Research

Authors: Margaret M. Baguley
Categories: Education
Meanings and Motivation in Education Research demonstrates the vibrant and vital connection between the researcher and their research. Research is often perceiv

Student Motivation and Quality of Life in Higher Education

Authors: Marcus A. Henning
Categories: Education
Higher education is a high stakes process involving engagement with curricula and often entails coping with the onslaught of assessments and examinations. This

Elementary Education and Motivation in Islam

Handbook of Motivation at School

Authors: Kathryn R. Wentzel
Categories: Education
The Handbook of Motivation at School presents the first comprehensive and integrated compilation of theory and research on children’s motivation at school. It

The Role of the Museum in the Education of Young Adults. Motivation, Emotion and Learning