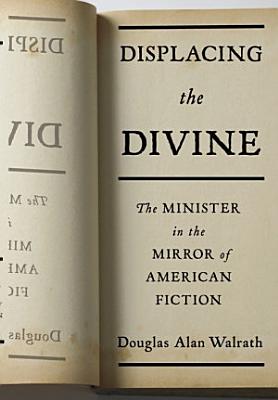 As religious leaders, ministers are often assumed to embody the faith of the institution they represent. As cultural symbols, they reflect subtle changes in society and belief-specifically people's perception of God and the evolving role of the church. For more than forty years, Douglas Alan Walrath has tracked changing patterns of belief and church participation in American society, and his research has revealed a particularly fascinating trend: portrayals of ministers in American fiction mirror changing perceptions of the Protestant church and a Protestant God. From the novels of Harriet Beecher Stowe, who portrays ministers as faithful Calvinists, to the works of Herman Melville, who challenges Calvinism to its very core, Walrath considers a variety of fictional ministers, including Garrison Keillor's Lake Woebegon Lutherans and Gail Godwin's women clergy. He identifies a range of types: religious misfits, harsh Puritans, incorrigible scoundrels, secular businessmen, perpetrators of oppression, victims of belief, prudent believers, phony preachers, reactionaries, and social activists. He concludes with the modern legacy of nineteenth- and early-twentieth-century images of ministers, which highlights the ongoing challenges that skepticism, secularization, and science have brought to today's religious leaders and fictional counterparts. Displacing the Divine offers a novel encounter with social change, giving the reader access, through the intimacy and humanity of literature, to the evolving character of an American tradition.

Authors: Douglas Alan Walrath
Categories: Religion
As religious leaders, ministers are often assumed to embody the faith of the institution they represent. As cultural symbols, they reflect subtle changes in soc

Sermons Illustrating the Doctrine of the Lord

A Concordance to Herman Melville's Clarel, a Poem and Pilgrimage in the Holy Land: A through GIF

Authors: Ron Hordyk
Categories: Body, Mind & Spirit
For though we live in the world, we do not wage war as the world does. The weapons we fight with are not the weapons of the world. On the contrary, they have di

Healing with the Arts

Authors: Michael Samuels
Categories: Body, Mind & Spirit
Heal yourself and your community with this proven 12-week program that uses the arts to awaken your innate healing abilities. From musicians in hospitals to qui

Authors: Denise Nowakowski Baker
Categories: Religion
The 14th-century mystic Julian of Norwich has inspired generations of Christians with her reflections on the "motherhood" of Jesus and other writings. Here Deni

Authors: D. Stephen Long
Categories: Religion
A particularly nettlesome question is that around the relationship of the confession of God as a simple yet threefold being—the treatises of the one God and t